Since its foundation, Srnec Theatre - the 1st Black Light Theatre in the world – has belonged among the best known representatives of the Czech dramatic art in the world. The ensemble was established in 1961 in the middle of the avant-garde era. From the very beginning it made its mark as an ensemble of unique artistic qualities, which goes beyond the standard of most of its peers. The principle of the black light theatre, invented by the founder and artistic director Jiří Srnec, is based on a new creative exploitation of a simple trick, the so-called „black cabinet“, in which the actors dressed in black using props cannot be seen against the black background from the spectators‘ perspective. The props and all the other objects become able to move and they seem to live unique lives of their own. For Jiří Srnec and his performers, the effect of the trick is, of course, not the goal, but the means to achieve the artistic metaphor, implemented through the musically organized movement of plastic art objects and actors. The very first performance of the ensemble, which had already brought international attention, took place in 1959 in Vienna. The real debut for the ensemble, however, was its participation in the Theatre Festival in Edinburgh in 1962. 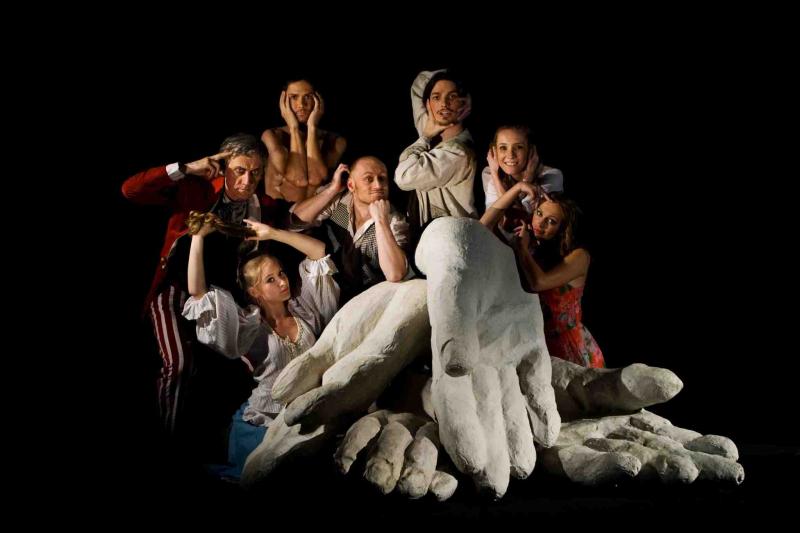 Today the ensemble of the Black Light Theatre consists of young dynamic artists - dancers, actors and mimes. The heart of the theatre is the touring ensemble. Thanks to its exceptional mobility, the ensemble is able to perform abroad almost constantly, and while globetrotting, it has achieved a special position within European as well as within world culture. In 1993, the Prague ensemble that supplements the globetrotting one was established. In its repeated performances it trains young talented artists, who will be able to follow the tradition of the black light theatre in the future. Since 1999, the Black Light Theatre has performed 200 times a year, on average. The ensemble has introduced 20 original performances for black light theatre. Flying Bicycle, the last of them, has already been performed in Mexico, Greece, Germany, Argentina, Uruguay, Chile, Peru, Ecuador, Nicaragua, El Salvador, Brazil, and Italy.

In 2011, the team of Srnec Theatre in co-production with Laterna Magica has created the newest production of The National Theatre called “The Legends of Magic Prague”. In 2009, all the international tour organization was entrusted to the newly founded company – Srnec Productions. Its first tour to Argentina was the biggest tour that any Czech artistic company has ever realised to that country. Srnec Theatre visited 48 Argentinean cities and performed 56 shows. In 2014, Srnec Productions took over all the production activities of Srnec Theatre.